You might have seen our recent post about one of our favourite gins, the deliciously complex Monkey 47, made deep in the heart of the Black Forest.

Every great gin should have a great story behind it, but even by most normal standards, this one stands out. Bizarrely, it involves an RAF pilot, a wild monkey, a watchmaking business and a German distiller.

So what could possibly connect these things and what brought them together in the depths of the Black Forest to create this legendary gin?

The RAF pilot and a monkey called Max

After WW2 had ended, a certain RAF pilot with the very British name of Wing Commander Montgomery Collins moved from the UK to the Black Forest to set up a small watchmaking business.

But when his patience ran out with the intricacies of mechanical timepieces, he switched his attention to running a small guest house, which he named “The Wild Monkey”. According to local legend, it was named after a monkey called Max that he had adopted from Berlin Zoo.

Montgomery kept himself busy running the guest house, but he filled his spare time by making distilled fruit spirits. Inevitably, soon he graduated to gin.

Nobody knows exactly what happened to Wing Commander Collins, but his legacy lives on. Wherever he may have ended up, he left behind a case of gin labelled “Max the Monkey – Black Forest Dry Gin”.

In 2007 a local German distiller called Alexander Stein stumbled across the gin. Stein was intrigued. He tasted it and he recognised a good recipe when he saw one. He spent much of the next couple of years foraging for the ingredients and trying out and testing the ratios. Monkey 47 (paid link) was eventually launched in its distinctive squat, dark bottle with its stunning postage stamp label and an initial run of 2000 bottles.

Within a year, this intriguing gin had won “Best In Class” at the International Wine and Spirits Championships in San Francisco. The rest, as they say, is history.

Monkey 47 is now one of the most respected gin brands in the world and a prominent feature of any decent bartender’s gin collection.

This complex, beautifully blended and packaged gin has carved out a big space for itself, partly because of the 47 unique botanicals (many locally sourced from the Black Forest) that make it so intriguing. It is also a hefty 47% ABV, so it packs a true punch. For a full review of this delicious gin, check out our recent article, Monkey 47: complex and packed with flavour

Each distinctive brown bottle recreates the old chemist bottles that gin was served from in its earliest days. It also features a postage stamp of Max the Monkey on its unique label, in tribute to the creature from the forest that inspired a gin.

Top tip: always keep a bottle of this in reserve for your special guests. They will love it.

This is the one.

Universally liked for its complex botanicals, Monkey 47’s name [paid link] celebrates its 47 ABV strength. It also draws attention to the 47 rare and distinct botanicals that pack it with all that flavour. Quite simply, it’s hard to resist. It’s also a bartender’s favourite across the world and for good reason.

Infused with all those botanicals, Monkey 47 inevitably contains some unusual ones that are indigenous to its Black Forest location.

These include spruce tips, verbena, cranberries and sage amongst a whole load more. Its full flavour is reminiscent of older style Dutch gins. And it’s complexity means it goes just as well with a basic standard tonic water as it does with vermouth or bitters. As with all great gins, not only does this one taste great but it has an equally exotic back story. This one involves an RAF pilot, a monkey named Max and lots of foraging in the Black Forest.  But more of that in another post.

A thing of beauty

This is a beautiful gin in a beautiful bottle. You’ll pick up mint and eucalyptus on the nose, followed by a blast of Black Forest fruits alongside citrus notes, angelica or a hint of Oak moss. Once you get tasting it you’ll pick up all of its complexity including a blast of smoky incense and a savoury shot of sage.  All in all, this is one of the best gins out there. It works well on its own or with  a simple light tonic water, poured over ice cubes and garnished with a slice of orange, this one’s for drinking not for sharing!

Almost every mixologist who knows his onions will have a bottle of “Monkey” on the shelf behind them. It regularly features on the list of best gins in the world and it’s reputation is well deserved. We think this is one of the most complex, flavour-filled, well balanced gins out there – and we can’t recommend it highly enough! 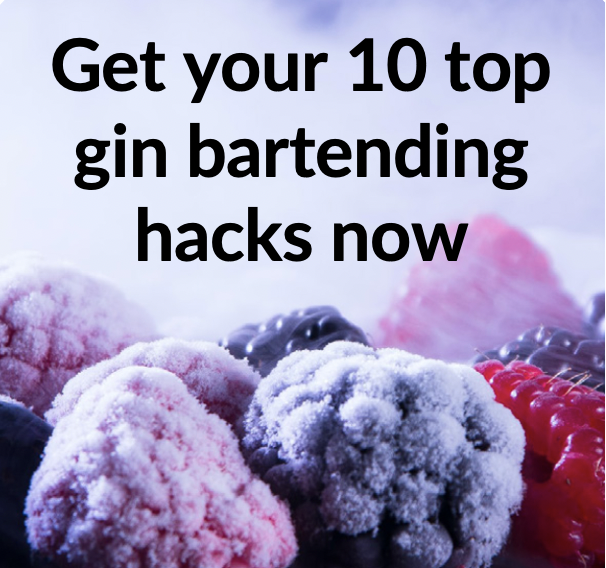